What Is The Best Pet Insurance?

Thriving Cat > Blog > What Is The Best Pet Insurance? 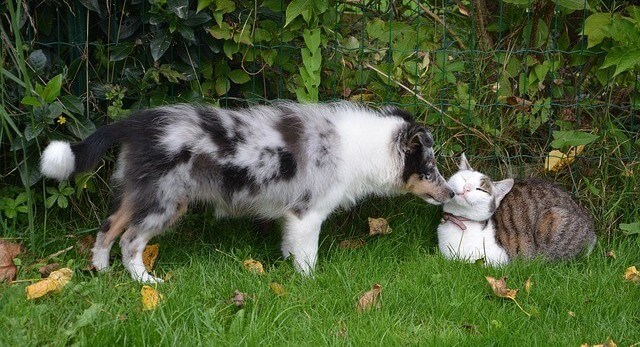 What Is The Best Pet Insurance?

If you are wondering if pet health insurance is a good option, read on to see a comparison of the most popular options and which one gets the highest rating from consumer review sites as well as popular review sites like Yelp. Healthy Paws Pet Insurance gets superior ratings and reviews and is the best company I have found. Healthy Paws is the company I have used to insure my pets. Trupanion is another popular choice that pops up everywhere when you look for pet insurance. Just like health insurance for people, pet health insurance rates depend on age, gender, and the amount you want to choose for deductible and coverage.

There are some important differences between the plans however and you need to make sure you are comparing apples to apples as the saying goes! It may appear that one has a lower monthly rate until you realize you were actually comparing very different types of coverage. So, what is the best pet insurance? Below you will find the results of my comparison of these pet insurance brands and why one is far superior than all the others. 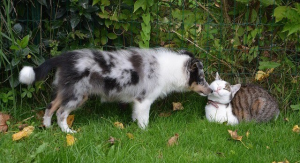 Just like insurance for people, the same basics such as age, and deductible amount apply. Understand these terms to understand what you are supposed to be getting from your policy. Be aware claims can be denied however, and read on for reviews of these companies to see which ones actually pay out.

Here are the basic terms in pet health insurance:

Age – The older a pet is the more the coverage will cost and the less desirable the terms may become (depending on plan) so it is always good to sign up your pet when they are younger. My cat gets to keep the lower rate even though she is 10 now since I signed her up when she was 6. For some plans like Healthy Paws there are age brackets. For some there is a sliding scale for each year of age.

Breed – It is common for different breeds to have different rates. For example a mixed breed cat is cheaper than some purebreds. This is not always the case though. A Norwegian Forest cat is cheaper than a French Chartreux I discovered when looking them up as well as my third cat who is an American Shorthair. Mixed Breed was cheapest followed by Norwegian Forest, American Shorthair and French Chartreux was the most expensive. There are many breeds and I did not look up the others so I don’t know how they compare.

Gender – I don’t know if this makes a large difference in price for spayed or neutered pets but they always ask your pet’s gender.

Veterinary Status – Some companies ask if your pet has been to the vet recently as well.

Rate – This is usually a monthly rate and is a set price such as $20 per month, $30 per month etc. This rate is very different depending which options you chose for deductible etc.

Deductible – This is the amount you pay before the insurance kicks in. This is just like health insurance for people. You usually have options and the lower deductible you choose, the higher the monthly rate will be. Deductibles may be $100,  $250, $500 or even $750 or $1,000 for older pets and cheaper monthly rates. This is highly variable however, so you need to check around. I will show you some example of how they compare between Healthy Paws and Trupanion below.

Coverage Limit – Healthy Paws and Trupanion are good options since they have no maximum limit. Other plans have limits of varying amounts such as $5,000.

There are other factors to consider. Many plans don’t cover pre-existing conditions for example. They also don’t usually cover routine vet check ups. They are intended to cover more major incidents like injury and illness. You also have to check and see if dental work is covered. Dental is very expensive in pets since anesthesia is required even for cleaning.

How do Healthy Paws and Trupanion compare side by side?

Healthy Paws rates are better if your pet is signed up when they are younger and you keep the coverage as they age. Therefore, the rates I will show here are for new sign ups at certain ages. What is advertised may not matter when you go to file a claim and it is denied however! Many, many reviews say Trupanion denies claims. It only gets 2.5 stars out of 398 reviews on Yelp. Please note: this post was written in 2018 and rates go up over time. The rate you get may be higher now.

What is the Best Pet Insurance? Healthy Paws or Trupanion?

For me, Healthy Paws is the best choice in pet insurance because their deductible is per year rather than per claim. Healthy Paws also gets terrific reviews by customers while Trupanion gets terrible reviews. They also give lifetime discounts which I can verify. I have had my oldest cat on a Healthy Paws plan for 5 years now. She is the French Chartreux in the examples above. Those are her actual premiums from Healthy Paws and a quote from Trupanion. My other boys have actual quotes in the examples above also. I can verify that I get a better rate since I signed my Chartreux up when she was younger and her coverage has not gone down. She still gets 80% coverage and a $250 deductible even though she is 10 years old. She also has a lower premium per month than if I signed her up now. Click here to get a free quote from Healthy Paws.

What About Other Pet Insurance Companies Out There? How Do They Compare?

There are many other pet insurance companies but Healthy Paws has the highest ratings of all the companies I found. At the very bottom of the stack with the most terrible reviews is Nationwide Insurance. Their pet policies sound great on paper. They have 90% coverage and low deductibles. They claim to cover dental and exams as well! I was intrigued and checked them out thinking I might sign up my other cats. I am so glad I read reviews however and didn’t believe their advertising!

They Have Horrible Reviews on Average

Out of 481 reviews on Yelp for example, Nationwide has a 2 star average. There are some good reviews for accidents and injuries but there are many, many more horrible reviews. It is very common to see a review about the company denying claims for procedures that are supposed to be covered. One example is not paying for dental cleaning since the vet found tarter on the teeth! Therefore, the reviewer claims Nationwide denied their claim due to a pre-existing condition! Other reviewers say Nationwide demanded vet records from birth for their pet when a claim was submitted. I am sure most pet owners don’t have that. So, I would not trust the advertising and risk getting a policy from Nationwide. Trupanion has similar claims in its reviews though it gets a 2.5 star rating on average with 398 reviews. My co-worker has Trupanion and has had good luck with them.

How Does Healthy Paws Insurance Rate in Reviews?

Healthy Paws consistently gets the highest rating in all the pet health comparisons I have found. I have not used these insurance plans to file a claim yet but my experience with Healthy Paws for 5 years and hundreds of reviews of these companies make me confident Healthy Paws is the best health insurance for my pets.

Pets Live Longer and Have Better Quality of Life Now

Cats live much longer now than they did a few decades ago. This is due to improved care, better diet and better understanding of their health conditions. In fact, cats now live almost twice as long on average as they did in the 1980’s. Average life expectancy for a cat then was only 7 years. In the 1990’s it was 9 years and now it is 12 to 15 years.  For more information how to keep cats healthy as they age and how old cats live, please see my post here: How Old Do Cats Live. It is becoming common for some cats can live well into their 20’s.

The life expectancy of dogs has not changed greatly but that is partly due to a better understanding of cats compared to “man’s best friend” which got more attention in the United States in the past. Cats are catching up in the level of care they get and attention to their medical needs. Dogs and cats will enjoy a much better quality of life if their medical needs are monitored and owners can afford to address them.

Please leave me a comment and tell me what you think!

Please leave any thoughts or questions in a comment below! I would love to hear from you.

Thriving Cat makes use of affiliate relationships with merchants  for monetization. This means when you click on links to various merchants on this site and make a purchase, this can result in a small commission that is credited to this site. This does not affect purchase price and you will not pay a penny more.