Meet the French Chartreux Princess Rescued from the Pound 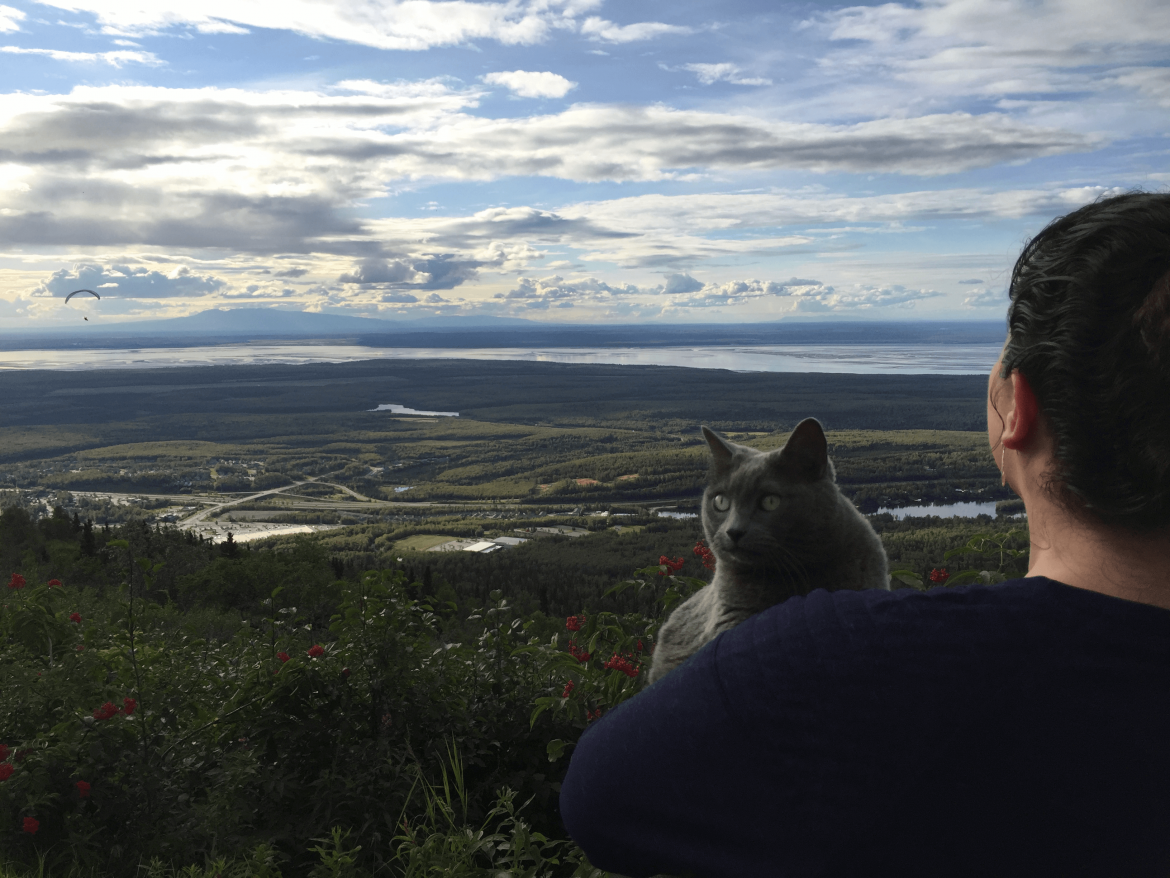 The French Chartreux Rescued from the Pound

Our girl who came from the local pound is really a Princess. She firmly believes this. Her given name was Russian (perhaps her previous owners thought she was a Russian Blue kitty) or perhaps they were just Russian speaking. We were lucky to find such a gorgeous, intelligent, luxuriously soft and inquisitive girl. We are fairly certain she is actually a French Chartreux. She has gorgeous green eyes which would be considered a “flaw” by the breed standard. Perhaps she was discarded or sold to a careless owner due to this. 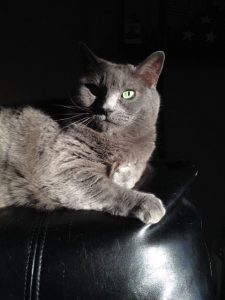 What is a French Chartreux?

Both Russian Blue and French Chartreux as well as a few other breeds have what is known as “blue” fur. It is a gorgeous slate grey. The French Chartreux has an extremely thick coat which was actually dyed and sold as sea otter fur! It is water repellant like sea otter fur as well. They were hunted for their fur in the 18th and 19th centuries. The breed almost went extinct between WWI and World War II in Europe and was not brought to the U.S. until 1971.

There are many theories about the origins of the breed. Some say they were brought from the middle east back to Europe during the Crusades. The breed may have originate as wild cats in Syria or Iran. Some of these crusaders became Carthusian monks when they returned. The head order called the Grand Chartreuse was located in the Chartreuse Mountains. Living in monasteries is said to be why the cats are so quiet. The Carthisian Order monks were silent themselves. French Chartreux cats don’t say much and only meow when they really want something. One theory is that the cats are so smart they will mimic their owners so if their people didn’t speak, they didn’t either. This makes sense because cats only vocalize like they do now in order to communicate with us! So, if they lived with silent people they would probably not learn to vocalize like we are now accustomed to them doing. Our princess is not silent…she is quiet most of the time but she certainly makes herself noticed on the occasions she decides to speak.

How Did a Rare French Chartreux end up in the pound?

They are said to have been rescued between the wars by two French nuns who raised them on an island off France. If it were not for concerted efforts to save the breed they would have gone extinct due to hunting for their fur and meat in Europe. There were no feral colonies left after WWII. They are still rare even in France. Who knows how a French Chartreux ended up in the pound here in Alaska. Apparently the breed was at the height of it’s popularity leading up to the year 2000. There were more breeders then then any other time and the number has fallen back down now. Perhaps she was descended from one of these breeder’s lines but was discarded due to her gorgeous green eyes. Only orange and amber eyes are accepted in the breed standard and this is a “flaw”.

I saw her picture online on the list of cats at the local animal shelter. We already had our first kitty, our sweetest orange tabby boy and wanted some company for him. We wanted someone for him to play with and be with when we were gone to work. We needed to “get our kitty a kitty”. So, we went to the shelter and found her and I was so excited I remember calling to my husband “I found her!”. She looked un-interested at first but then decided to meow at me (now I know that was a big deal).

A Princess is Not a Playmate, Unless She Wants To Be

It turned out our plan to get our boy a playmate, was a failure. The princess had no intention of playing with the annoying boy cat brother. She didn’t like him much at first. Eventually though they became close buddies and would sleep curled up together every single day. They still fight sometimes (when our boy gets feisty and decides to bite her on the neck or chase and tackle her like he is a Tiger) and we have to admonish him. They seem to really care about each other though the rest of the time. She can be quite playful on rare occasions when she feels like it. She likes to play fetch for example.

It took over a year for her to warm up to my husband. She just didn’t want anything to do with him. Whenever he tried to hold her she would growl and squirm and scratch with her vicious back claws. She was already declawed in the front when we got her (I would not do that to my own cats) and she learned to compensate with her back claws. Now, however she is “Daddy’s girl”. She likes to snuggle up to him when he goes to bed and sleep between our heads. Our first boy likes to sleep there too so they take turns being on me and between us.

She is definitely the smartest of our three cats. She figured out how to use the puzzle feeder on the first day. After 3 weeks I gave up on the boys ever learning. I showed them myself how to reach their paws in and pull the food down. They watched as she did it. They just never figured it out. Of course I never let them get really hungry so they had to figure it out!

I think some of it is due to the breed. Some cat breeds like some dog breeds are just more intelligent than others. In any case our princess is the smarty pants of the house. She is also the adventurous one. She likes to go outside (as they all do) and it is quite a chore to keep them in in the summer. Princess however, will walk like a dog and go with me outside. I can take her on walks on trails and she likes to see the plants and birds and bugs and smell the breeze. If she gets tired I will carry her but we generally don’t go too far. I think the exercise is great for her and I would like to do it more often. At our old house before we moved, there was a trail and open land nearby. Now we don’t have that and I don’t want to walk near cars and dogs.

So, yesterday we took her up the mountain behind our new home. We drove up to the top and took her for the adventure. She probably would have been just as happy snooping around close to home but she was a good sport about the whole thing. She was not scared or anxious and didn’t even attempt to use those weapon-like back claws! She was perfectly calm when a paraglider quietly drifted right over our heads. She didn’t seem too concerned. French Chartreux are know to be good travelers as well. They can be happy living in RVs and with truck drivers! 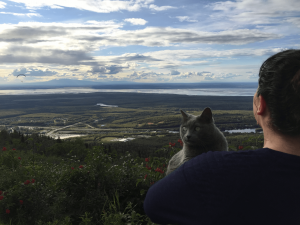 Keeping a Chartreux Healthy and Happy

I want to find ways to keep her active since she is overweight. The breed is known for their pudgy build. I hope to get a kitty exercise wheel and we will see if she will actually use it! The princess might not be too excited about such a concept.

She is prone to upper respiratory infections as are so many cats that end up in shelters. They can carry the virus in a dormant state for the rest of their lives. It can pop up with symptoms at any time but any type of stress can bring it on. In order to keep her healthy I use a home remedy and supplement reviewed here. I also give her PetAlive Gumz-n-Teeth to keep her teeth and gums clean and healthy and prevent bad breath. I feed her a high-quality grain-free dry food as well as wet food.

I hope to make pet health care easier and more affordable so more great pets can be rescued. Please see my reviews of cat food, cat litter and other health and behavior products and leave a comment below.  Thanks!